Houses For Sale - Available homes for sale in Mcdonough, Georgia and surrounding areas

Houses For Sale - Available homes for sale in Mcdonough, Georgia and surrounding areas
Posted by Mark N at 10:10 AM No comments:

New Home Deals from A O H S via #constantcontact

New Home Deals from A O H S via #constantcontact
Posted by Mark N at 5:24 AM No comments:

Official Blog of Mark Neighbor Real Estate Investing With Mark Neighbor
Posted by Mark N at 8:17 AM No comments:

Don't Invest Blindfolded! … or with both arms tied behind your back.

Don't Invest Blindfolded! … or with both arms tied behind your back.
Posted by Mark N at 6:39 AM No comments:

Whether you are for Obama or not, read what a constitutional attorney has to say about the new health care

This is a reprint of an article I received explaining what is happening to us today. What the attorney did not mention but is in the bill is it even affects our Real Estate transactions. There will be a 3.8% transfer tax imposed on the sale of homes.

Snopes says this is correct and Truthorfiction.com says this is the opinion of a very well respected constitutional attorney....

Truthorfiction.com  also says Real estate sales will be taxed 3.8%- Truth!
This is true, according to Congressman Mark Kirk of Illinois. Congressman Kirk released a statement on March 21, 2010 on HR-3590 saying that the health care bill will increase taxes "by imposing a new 3.8% tax on capital gains."The actual tax increases may be generated by the HR-4872 Reconciliation Act according a March 21, 2010 article by Life and Health News Insurance News.)

A retired Constitutional lawyer has read the entire proposed health care bill. Read his conclusions and pass this on as you wish. This is stunning!

Well, I have done it! I have read the entire text of proposed House Bill 3200: The Affordable Health Care Choices Act of 2009. I studied it with particular emphasis from my area of expertise, constitutional law. I was frankly concerned that parts of the proposed law that were being discussed might be unconstitutional. What I found was far worse than what I had heard or expected.

To begin with, much of what has been said about the law and its implications is in fact true, despite what the Democrats and the media are saying. The law does provide for rationing of health care, particularly where senior citizens and other classes of citizens are involved, free health care for illegal immigrants, free abortion services, and probably forced participation in abortions by members of the medical profession.

The Bill will also eventually force private insurance companies out of business, and put everyone into a government run system. All decisions about personal health care will ultimately be made by federal bureaucrats, and most of them will not be health care professionals. Hospital admissions, payments to physicians, and allocations of necessary medical devices will be strictly controlled by the government.

However, as scary as all of that is, it just scratches the surface. In fact, I have concluded that this legislation really has no intention of providing affordable health care choices. Instead it is a convenient cover for the most massive transfer of power to the Executive Branch of government that has ever occurred, or even been contemplated If this law or a similar one is adopted, major portions of the Constitution of the United States will effectively have been destroyed.

The first thing to go will be the masterfully crafted balance of power between the Executive, Legislative, and Judicial branches of the U.S. Government. The Congress will be transferring to the Obama Administration authority in a number of different areas over the lives of the American people, and the businesses they own.

The irony is that the Congress doesn't have any authority to legislate in most of those areas to begin with! I defy anyone to read the text of the U.S. Constitution and find any authority granted to the members of Congress to regulate health care.

This legislation also provides for access, by the appointees of the Obama administration, of all of your personal healthcare direct violation of the specific provisions of the 4th Amendment to the Constitution information, your personal financial information, and the information of your employer, physician, and hospital. All of this is a protecting against unreasonable searches and seizures. You can also forget about the right to privacy. That will have been legislated into oblivion regardless of what the 3rd and 4th Amendments may provide.

If you decide not to have healthcare insurance, or if you have private insurance that is not deemed acceptable to the Health Choices Administrator appointed by Obama, there will be a tax imposed on you. It is called a tax instead of a fine because of the intent to avoid application of the due process clause of the 5th Amendment. However, that doesn't work since there is nothing in the law that allows you to contest or appeal the imposition of the tax, it is definitely depriving someone of property without the due process of law.

So, there are three of those pesky amendments that the far left hate so much, out the original ten in the Bill of Rights, that are effectively nullified by this law. It doesn't stop there though.

The 9th Amendment that provides: The enumeration in the Constitution, of certain rights, shall not be construed to deny or disparage others retained by the people;

The 10th Amendment states: The powers not delegated to the United States by the Constitution, nor prohibited by it to the States, are preserved to the States respectively, or to the people. Under the provisions of this piece of Congressional handiwork neither the people nor the states are going to have any rights or powers at all in many areas that once were theirs to control.

I could write many more pages about this legislation, but I think you get the idea. This is not about health care; it is about seizing power and limiting rights. Article 6 of the Constitution requires the members of both houses of Congress to "be bound by oath or affirmation to support the Constitution." If I were a member of Congress I would not be able to vote for this legislation or anything like it, without feeling I was violating that sacred oath or affirmation. If I voted for it anyway, I would hope the American people would hold me accountable.


For those who might doubt the nature of this threat, I suggest they consult the source, the US Constitution, and Bill of Rights. There you can see exactly what we are about to have taken from us.


AFTER HAVING READ THIS, PLEASE FORWARD....
Posted by Mark N at 8:04 AM No comments:

Bank of America Halts Foreclosures in all 50 States

Bank of America Halts Foreclosures in all 50 States
Posted by Mark N at 10:03 AM No comments:

Home Buyers, We Have New Homes Each Week 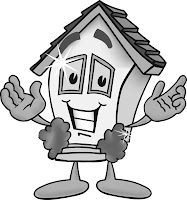 Looking for a new home? Register here for free.
Sign Up for free property email alerts.
We'll send you an email whenever
new homes are listed on our site!

Know your Credit Score. Check it here for free.
Posted by Mark N at 9:55 PM No comments: