Where Can I get the Up Front or Deposit Money

WHERE CAN I / WE GET THE UP FRONT MONEY

Suggestions
1. Cash on hand
2. Bank Savings or Checking Account
3. Borrow it From: Parents, Brother, Relative, Friend
4. Cash from: jewelry, coins, refrigerator, funiture
5. Loan from your 401-K (Pay yourself back)
6. IRA ( must be in and out in 60 days)
7. Self directed Roth IRA you loan money to someone and they loan you money
8. Credit Union
9. Pawn a car, truck, boat, 4-wheeler, etc.
10. Stock or Bonds
11. US Government Savings Bonds
12. Overtime Work and or Pay
13. Tax Refund
14. Tax Credits (up to $8000 new home owner)
15. Advance on pay at work
16. Lottery Winnings (just kidding)
17. Get a second job for a while
18. Do a Day Care or Child Care for a while
19. Life insurance policy
20. Have a Renter move in
21. Hard Money Lender
22. 0% Credit Card offer or other Credit Card Advance
23. What can you Trade or sell?
24. Get the Deposit back on your Current Residence
25. Fishing equipment, snowboarding, instruments, piano, etc.

Once You Get the Deposit or Down Payment or upfront money you can Own Your Own Home. Go to www.sellorbuyhouses.com and pick your house out
Posted by Mark N at 11:40 AM No comments:

A good friend Sent me This. Very interesting.

INFO THAT I NEVER THOUGHT ABOUT CONCERNING SECURITY

This gives us something to think about with all our new electronic technology.

DO YOU HAVE A GPS?

A couple of weeks ago a friend told me that someone she knew had their car broken into while they were at a football game. Their car was parked on the green which was adjacent to the football stadium and specially allotted to football fans. Things stolen from the car included a garage door remote control, some money and a GPS which had been prominently mounted on the dashboard.
When the victims got home, they found that their house had been ransacked and just about everything worth anything had been stolen..
The thieves had used the GPS to guide them to the house. They then used the garage remote control to open the garage door and gain entry to the house. The thieves knew the owners were at the football game, they knew what time the game was scheduled to finish and so they knew how much time they had to clean out the house. It would appear that they had brought a truck to empty the house of its contents.
Something to consider if you have a GPS - don't put your home address in it. Put a nearby address (like a store or gas station) so you can still find your way home if you need to, but no one else would know where you live if your GPS were stolen.

DO YOU USE A CELL PHONE?

I never thought of this either.......
This lady has now changed her habit of how she lists her names on her mobile phone after her handbag was stolen. Her handbag, which contained her cell phone, credit card, wallet... Etc...was stolen.
20 minutes later when she called her hubby, from a pay phone telling him what had happened, hubby says 'I received your text asking about our Pin number and I've replied a little while ago.'
When they rushed down to the bank, the bank staff told them all the money was already withdrawn. The thief had actually used the stolen cell phone to text 'hubby' in the contact list and got hold of the pin number. Within 20 minutes he had withdrawn all the money from their bank account.
Moral of the lesson:
Do not disclose the relationship between you and the people in your contact list.
Avoid using names like Home, Honey, Hubby, Sweetheart, Dad, Mom, etc....
And very importantly, when sensitive info is being asked through texts, CONFIRM by calling back. Also, when you're being text by friends or family to meet them somewhere, be sure to call back to confirm that the message came from them. If you don't reach them, be very careful about going places to meet 'family and friends' who text you.

1.Change the address on your GPs to a place nearby
2.Take your Home number off your Cell phone
3. If You need to Buy or Sell a houses in Georgia Go To www.sellorbuyhouses.com
Mark
Posted by Mark N at 10:44 AM 2 comments: 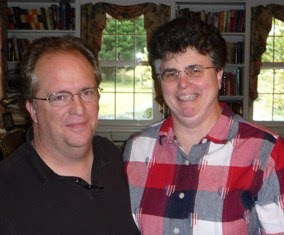 We needed to sell our house quickly without losing money and move to a different state. You did just what you said. You sold our house in just weeks for the price we wanted. We now have a new house in a different state. We can relax. The process was smooth and everyone got what they wanted. The buyer got a great ready-to-move in home in Georgia without paying a high commission and tons of paperwork. We now have a new house in Tennessee. Your system and guidance is honest, quick, safe, smooth, easy, effective, and it works in a market where selling the old way with a realtor just doesn’t work. We are glad we chose you over the hundreds of other options. Houses are still sitting unsold in our old neighborhood months later, but not ours! Thank you, A O Home Solutions. We do highly recommend you to our friends and anyone who needs a fair and quick solution to buying or selling a home.


I was stressed and it seemed like we were going to have to wait months to sell our home. We needed to sell our home and move to take a new position in another state. The market was still dropping and there were about 94,000 homes available on the MLS in our area. We looked at several options. You made us a promise to do your best to sell our house for a fair price and sell it quickly. You did just what you said. You sold our house quickly in just a few short weeks. Thank you so much for helping us sell quickly and simply. The stress and hassle are gone. I hope others let you help them.


Give us a chance you have nothing to lose except the mortgage payment.

When buying you have everything to gain. see us at http://www.goodhouses.org/

Here’s How You Can Own Your Own Home Today!
Without the high costs, time delays, and hassles of the traditional home buying process!
Do you dream about owning a home in Georgia? Would you like to stop putting your hard earned money into a place you no longer want to live and Buy a Home? We can show you how you can buy your own home without the high costs, long drawn out process, and stacks of paperwork the traditional real estate market requires.
We offer flexible, exciting purchase programs that help you buy right now! Simply contact us and we will show you just how easy it can be to own your own home! It’s time to stop dreaming and let us help you make that dream come true!
Our No Cost, No Obligation Application is just a click away!
Here’s How Easy It Is
We offer No Bank Financing which allows us to quickly help people qualify everyday to own their own home. We work with all levels of credit, people who are self employed, various levels of down payments (sometimes even zero down payment!) and many other challenges that many sellers just can’t handle. Whether you choose our Owner Financing, Lease Option, Lease Purchase, Rent to Own, or Work for Equity program, you will be able to move now and enjoy your new home until we can help you qualify for traditional financing. We promise that nobody will work harder than we will to get you into a home!

Remember you have nothing to lose and home ownership to gain!!
Posted by Mark N at 9:11 AM 1 comment: